Learning Your Options for an Antarctic Cruise 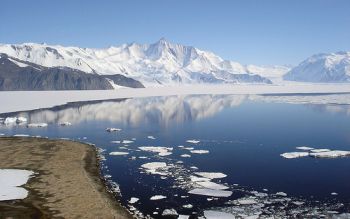 For many adventure-hungry travelers, taking a trip to Antarctica is one of those things that must be checked off the lifetime to-do list sooner or later. It’s become relatively easy to visit the “seventh continent,” but that doesn’t make it something that every traveler manages to accomplish. So although you don’t have to be a Shackleton-esque explorer anymore to get to Antarctica, it’s still good to have a sense of adventure and the ability to handle seriously cold weather – even in the summer.

These days there are several kinds of Antarctic cruises a traveler can pick from to reach Antarctica, which means it’s not a one-size-fits-all approach. The fact that these trips are cruises shouldn’t deter the adventurer, although some of these ships offer more luxuries and space than many studio apartments. People who prefer the idea of “roughing it” can opt instead for ships that are former research vessels rather than those that were built solely for shuttling tourists to Antarctica in comfort.

You essentially have two options when it comes to a departure point for a trip to Antarctica – you can leave from New Zealand/Australia, or you can leave from South America. The former is a longer journey across open water, and the latter is by far the most popular. The cost of a trip varies quite dramatically, partly depending on how long the trip is, the level of “luxury” on your ship, and what shore excursions are included. Because it’s possible to make a trip from South America to Antarctica in far less time, that’s the route that typically has the least expensive cruises.

Departures from South America usually leave from Ushuaia in Argentina, so if you’re taking an Antarctic trip without visiting the rest of the country it might be most efficient to get airfare to Ushuaia directly. You might find cheaper fares, however, into the biggest international airport in Buenos Aires – and in that case, you might as well stay in the capital and enjoy the city before heading south! Here are some cheap Buenos Aires hotels to accommodate you before your Antarctic voyage.